Actor John Wayne once had a publicist named Jim Heneghan who conned him in a hilarious way. This behavior initially slipped under his radar, but it would ultimately work its way into the Western star’s professional life. As a result, Wayne didn’t appreciate such behavior and had to handle that accordingly.

John Wayne had a close relationship with his publicist, Jim Henaghan

Scott Eyman’s John Wayne: The Life and Legend explored a time when a publicist conned Wayne. The actor was incredibly close with Henaghan, whose company he greatly enjoyed. His publicist originally worked as a columnist for The Hollywood Reporter. He wrote some “admiring” articles about Wayne, which was a common way for a publicist to earn their keep. Additionally, Henaghan was the first husband of actor Gwen Verdon.

Wayne enjoyed his liquor and that was no secret. However, Henaghan was a great drinking buddy for the actor. The publicist could outdrink just about anybody under the table, including Wayne. This gained Henaghan a lot of respect in the eyes of Wayne.

Eyman referred back to a story where Henaghan conned Wayne while they were in Acapulco. They watched the cliff divers jump off a ledge that dropped 200 feet down to the water. However, it was an incredibly dangerous jump that was very close to the jutting rocks below.

“I bet you a round of drinks I could do that,” Henaghan said to Wayne. However, the actor said that it was impossible and that the publicist would likely die in the process. Regardless, Wayne took the bet.

“Henaghan went down the steps, around a corner out of sight, found a diver and paid him to wear Henaghan’s swimming trunks,” Eyman wrote. “From a distance, all Wayne could see was a man with Henaghan’s build in Henaghan’s trunks climb out onto the ledge and make a perfect dive beyond the rocks.”

Eyman continued: “After the diver swam back to shore, Henaghan and he switched trunks again. Henaghan jumped in and out of the water, then climbed back up the steps to be greeted as a conquering hero.”

“You son of a b****, you really did it!” a conned Wayne said. In response, he bought drinks for everyone on the patio.

Wayne worked incredibly hard directing The Alamo. It was a very personal project that he wanted to make just right. However, things didn’t quite go according to plan, according to Eyman. The publicist that conned Wayne joined The Alamo as a unit publicist. The actor agreed to pay Heneghan $100,000 or 2.5 percent of the profits of the movie.

Henaghan imported a lot of newspapermen, but Wayne’s confidante, Mary St. John, informed him that he was also importing sex workers to keep the writers entertained. However, these actions personally offended Wayne and they had an explosive argument. Henaghan ultimately left the production and the actor’s employment. 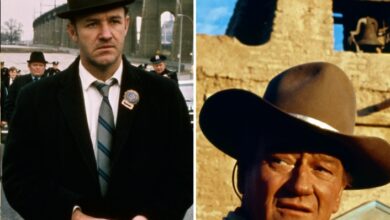 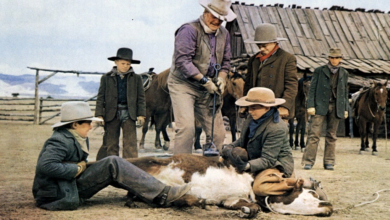 Did John Wayne really have a good time filming 1972’s The Cowboys? 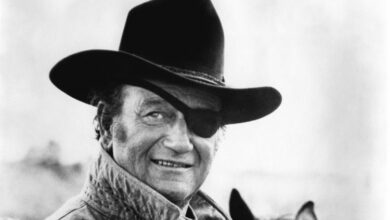