Jennifer O’Neill only starred in one movie with Western legend John Wayne, which was the critically panned Rio Lobo. And while she has many negative memories of working on set, The Duke’s kindness made the experience worthwhile.

When O’Neil worked in the movie, she was only 21. And the job was her first big break. Until Rio Lobo, the actress had only one small credited role and two uncredited background appearances. So when she landed a spot right next to one of the most popular and influential stars of the generation, she was thrilled.

However, John Wayne was on his way out of Hollywood at the time. The then 62-year-old was battling cancer and had just undergone surgery to remove an affected lung. So while he was attempting to play his typical rough and tough cowboy role, he was struggling to get through his scenes.

Jennifer O’Neil remembered Wayne having trouble mounting and dismounting his horse, and he was also dealing with lingering shoulder pain from a torn ligament he suffered on the set of The Undefeated a year prior. Nonetheless, he never let his ailments affect his mood. He still did everything he could to help the younger stars succeed, and he was always kind.

During an interview, O’Neill recalled one particular scene where Wayne had to carry her up a flight of stairs. But considering the fact that he could hardly ride a horse, climbing while holding a grown woman was a feat.

“He became just completely exhausted,” she said. “He really struggled through it.”

However, his trouble didn’t change how he treated her or anyone else for that matter. Jennifer O’Neill said that The Duke was “the nicest guy in the world,” and she added that he consistently worked with the other actors to help them improve their parts.

Taking the time to groom hopeful actors for the Silver Screen certainly wasn’t something that an Oscar-winning icon needed to do. But Wayne never let fame get to his head.

However, Rio Lobo wasn’t an all-around great experience for Jennifer O’Neill. In the same interview, she shared that director Howard Hawks was cruel to her. He constantly ridiculed her and claimed she was an untalented actress.

And on one occasion, Hawks even walked right up to her and punched her hard in the stomach because he was upset that her voice was too high. Then, he instructed her to walk into the middle of the woods and scream at trees until she damaged her vocal cords enough to give her that raspy sound that the old-Hollywood starlets had. 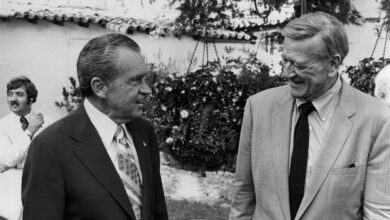 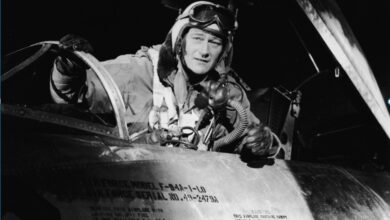 John Wayne Once Admitted ‘Undoubtedly 1 of My Worst Movies Ever’ 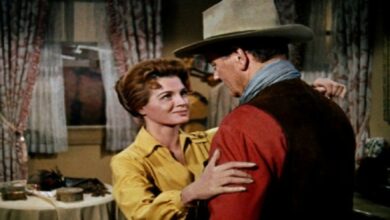 Dickinson became a household name when she co-starred with John Wayne.